The following outage map shows the most recent locations worldwide where Bitfinex users have reported their issues and outages. If you are having an issue with Bitfinex and your area is not listed, make sure to submit a report below

At the moment, we haven't detected any problems at Bitfinex. Are you experiencing issues or an outage? Leave a message in the comments section! 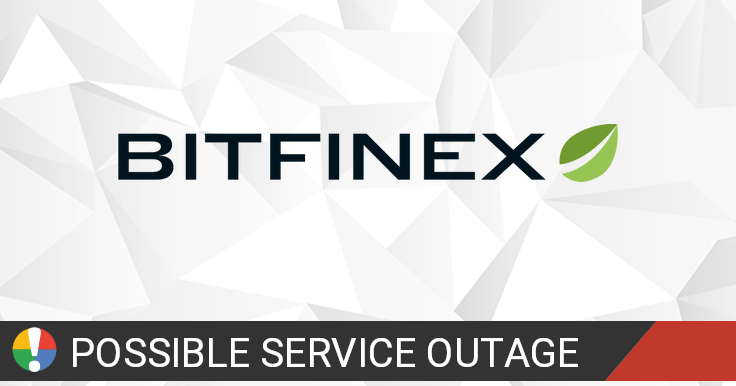 Bitfinex is a crypto-currency exchange trading and currency-storage platform based out of Taiwan, owned and operated by iFinex Inc. Since 2014, it has been the largest Bitcoin exchange platform, with over 10% of the exchange's trading.

How would you rate Bitfinex over the past 3 months?

How has the fall of #FTX affected crypto exchanges? BITFINEX ALPHA finds that a mass exodus of retail are taking balances off centralised exchanges. Where do you keep your $BTC? https://t.co/d3csutW4Up https://t.co/dVrUJxqYeh

At Bitfinex Talks, we discover how the #Radix engine and #Scrypto can be used to build &amp; improve #Web3 and DeFi developer experience ✨ Adam Simmons, CSO at @radixdlt, gives a lively example using the development of game engines 🎙 https://t.co/mj38i7nJtl