The map below depicts the most recent cities worldwide where Destiny 2 users have reported problems and outages. If you are having an issue with Destiny 2, make sure to submit a report below 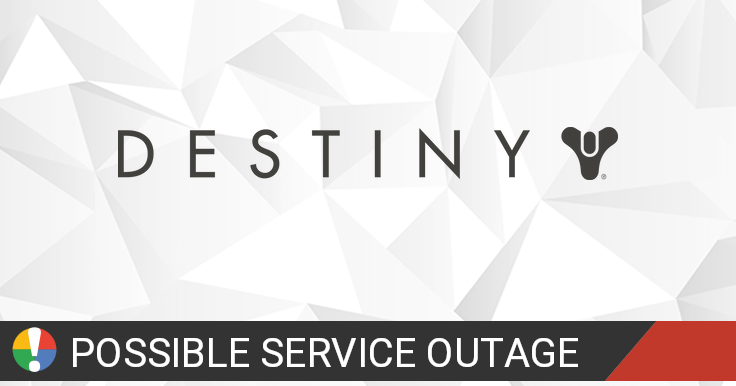 Destiny 2 is an online multiplayer FPS video game developed by Bungie and published by Activision. It is available for PlayStation 4, Xbox One and Microsoft Windows. It is the sequel to 2014's Destiny and its subsequent expansions.

Please let us know what issue you are experiencing with Destiny 2:


In the last three months, how would you rate Destiny 2?

In the last three months, how would you rate Destiny 2?

UPDATE: The issue causing the Rumble Crucible mode to not appear as a standalone playlist has been resolved, and is now available. Our investigation into the Evidence Board issue is ongoing. Stay tuned for further updates. https://t.co/aWyZpYkwYA