The map below depicts the most recent cities worldwide where Super Mario Run users have reported problems and outages. If you are having an issue with Super Mario Run, make sure to submit a report below 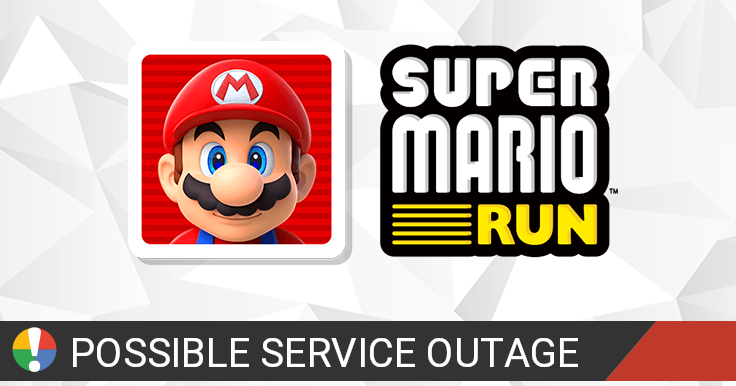 Super Mario Run is a side-scrolling, auto-running video game developed and published by Nintendo for iOS and Android devices. It was released first for iOS on December 15, 2016, and will be released for Android in 2017.

Please let us know what issue you are experiencing with Super Mario Run:


In the last three months, how would you rate Super Mario Run?

In the last three months, how would you rate Super Mario Run?

Engage with iconic Fire Emblem heroes as Alear, successor to the Divine Dragon, and gain access to incredible powers in #FireEmblem Engage! 💙❤ https://t.co/aHPusXaWep

Check out the official poster for The Super Mario Bros. Movie! We're getting closer to the release, look forward to it in theaters soon! #SuperMarioMovie https://t.co/7cFresSBmo

RT @FE_Heroes_EN: Can you believe it? #FEHeroes has reached its 6th Anniversary! To express our gratitude to all you summoners out there, w…